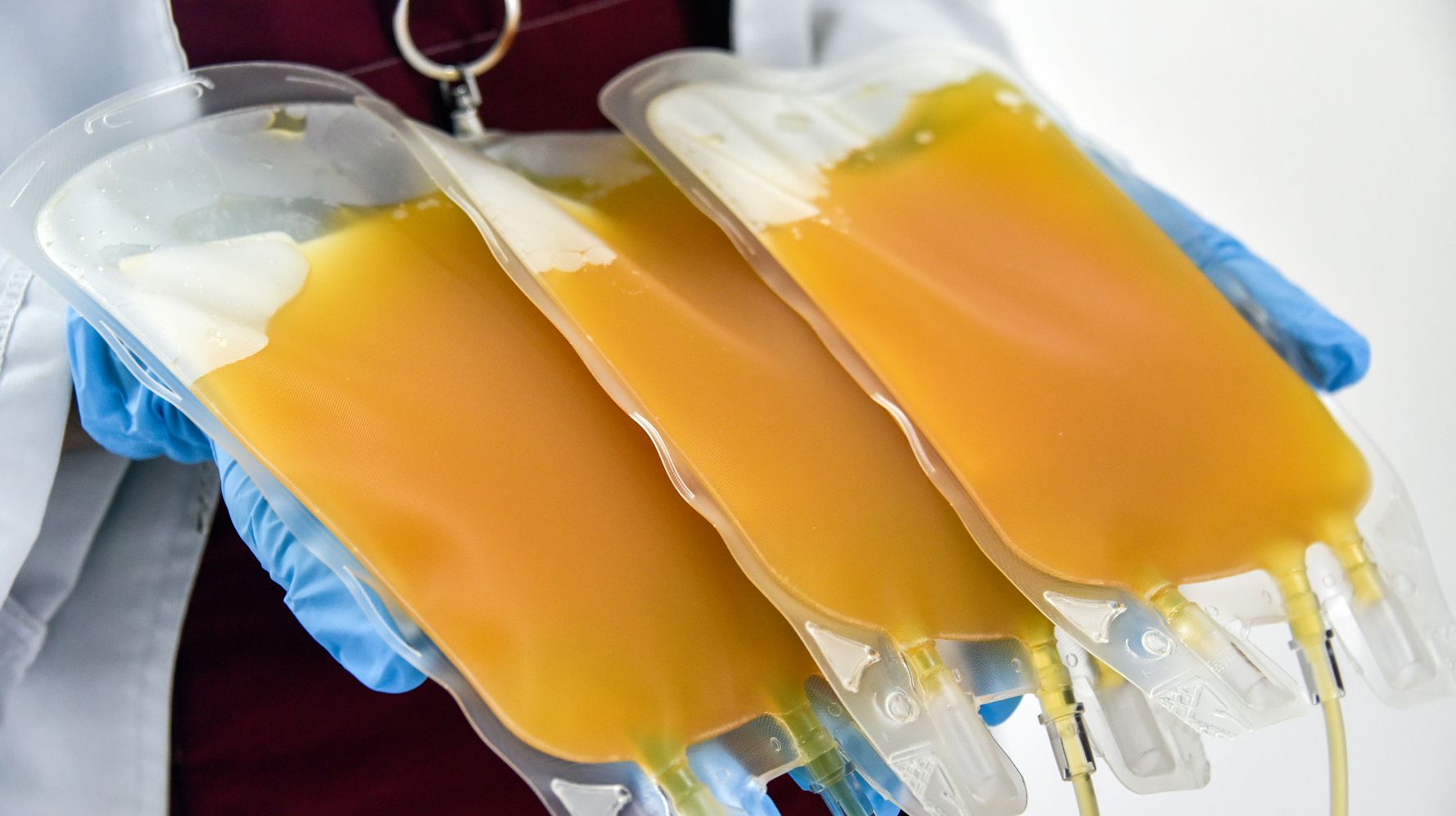 President Donald Trump said Sunday that U.S. regulators have given an emergency use authorization for a coronavirus treatment involving blood plasma donated by people who have recovered from the disease.

“This is a powerful therapy that transfuses very, very strong antibodies from the blood of recovered patients to help treat patients battling a current infection,” Trump told reporters at a White House news briefing. “We’re removing unnecessary barriers and delays, not by cutting corners, but by marshaling the full power of the federal government.”

The authorization allows for the distribution of COVID-19 convalescent plasma in the U.S. and for health care providers to administer it as appropriate to treat patients hospitalized with suspected or confirmed COVID-19.

Stephen Hahn, commissioner of the Food and Drug Administration, said Sunday that he is “committed to releasing safe and potentially helpful treatments for COVID-19 as quickly as possible in order to save lives.”

“In the independent judgment of experts and expert scientists at the FDA ― who have reviewed the totality of data, not just the data from this expanded access program, but more than a dozen published studies, as well as the historical experience associated with this ― those scientists have concluded that COVID-19 convalescent plasma is safe, ensures promising efficacy, thereby meeting the criteria for emergency use authorization,” Hahn said at the briefing.

Today, we issued an emergency use authorization (EUA) for investigational convalescent plasma for the treatment of hospitalized COVID-19 patients as part of the agency’s ongoing efforts to fight #COVID19. https://t.co/sxWrblWsxr pic.twitter.com/DnTrJaDTX1

Though blood plasma donated from recovered COVID-19 patients is considered safe, top scientists said the clinical trials have not yet proved whether it is effective enough for treating the disease caused by the virus. The FDA had planned to give emergency use authorization for the treatment earlier this month but decided against it after health experts argued there was insufficient evidence.

“The trial that that’s going to be based on ― 70,000 patients ― wasn’t a very rigorously done trial. It was an open-label study where everyone got treated, so it’s hard to draw conclusions,” former FDA Commissioner Scott Gottlieb told CBS’s “Face the Nation” on Sunday.

“I believe plasma is probably beneficial. It’s probably weakly beneficial in the setting of this treatment,” he continued. “But I think some people wanted to see more rigorous data to ground that decision.”

.@realDonaldTrump has suggested new “breakthroughs” on the #COVID19 therapeutic front. @scottgottliebMD tells @margbrennan that it is likely related to an emergency use authorization to allow more commercial distribution for plasma for #COVID19 patients. pic.twitter.com/8xL5K6hDhz

Trump said the federal government provided $48 million to fund a Mayo Clinic study that tested the efficacy of convalescent plasma for COVID-19 patients.

The study showed that the plasma reduced mortality by 35% among 100,000 participants receiving the treatment, according to Hahn and Alex Azar, secretary of health and human services.

“There was a 35% improvement in survival, which is a significant clinical benefit,” Hahn said of the study. “Now we’re waiting for more data — we’re going to continue to gather data — but this clearly meets the criteria that we’ve established for emergency use authorization, and we’re very pleased with these results.”

Trump on Saturday accused FDA employees of intentionally delaying progress on a COVID-19 vaccine and treatment because they were out to hurt the president’s chances in the election, without offering any evidence to substantiate the claim.

The president’s conspiracy-laden tweet appeared to accuse the FDA of interfering with drug company recruitment of subjects for testing vaccines and therapeutic treatments in the fight against the virus.

House Speaker Nancy Pelosi (D-Calif.) called Trump’s “deep state” accusation “very scary” and “beyond the pale in terms of how he would jeopardize the health and well-being of the American people.”

The FDA must approve drugs or vaccines based on their safety and effectiveness – NOT political pressure from the White House.

The President’s dangerous attempt to inject himself into the scientific decisions of @US_FDA jeopardizes the health & well-being of all Americans. https://t.co/Dt7CBVjX1D

“The FDA has a responsibility to approve drugs, judging on their safety and their efficacy ― not by a declaration from the White House about speed and politicizing the FDA,” Pelosi said Saturday at a Washington news briefing.

Trump echoed some of his early sentiment when asked at Sunday’s briefing if the emergency use authorization was political in nature.

“Well, I think that there might have been a holdup, but we broke the logjam over the last week,” Trump said. “To be honest, I think that there are people in the FDA and actually in your larger department that can see things being held up and wouldn’t mind so much, it’s my opinion, a very strong opinion, and that’s for political reasons.”

Hahn declined to answer questions Sunday about whether he was pressured into giving an emergency use authorization for convalescent plasma treatment before it was ready.

The pandemic continues to ravage the U.S., with nearly 5.7 million coronavirus cases and 176,645 deaths as of Sunday afternoon, according to Johns Hopkins University.