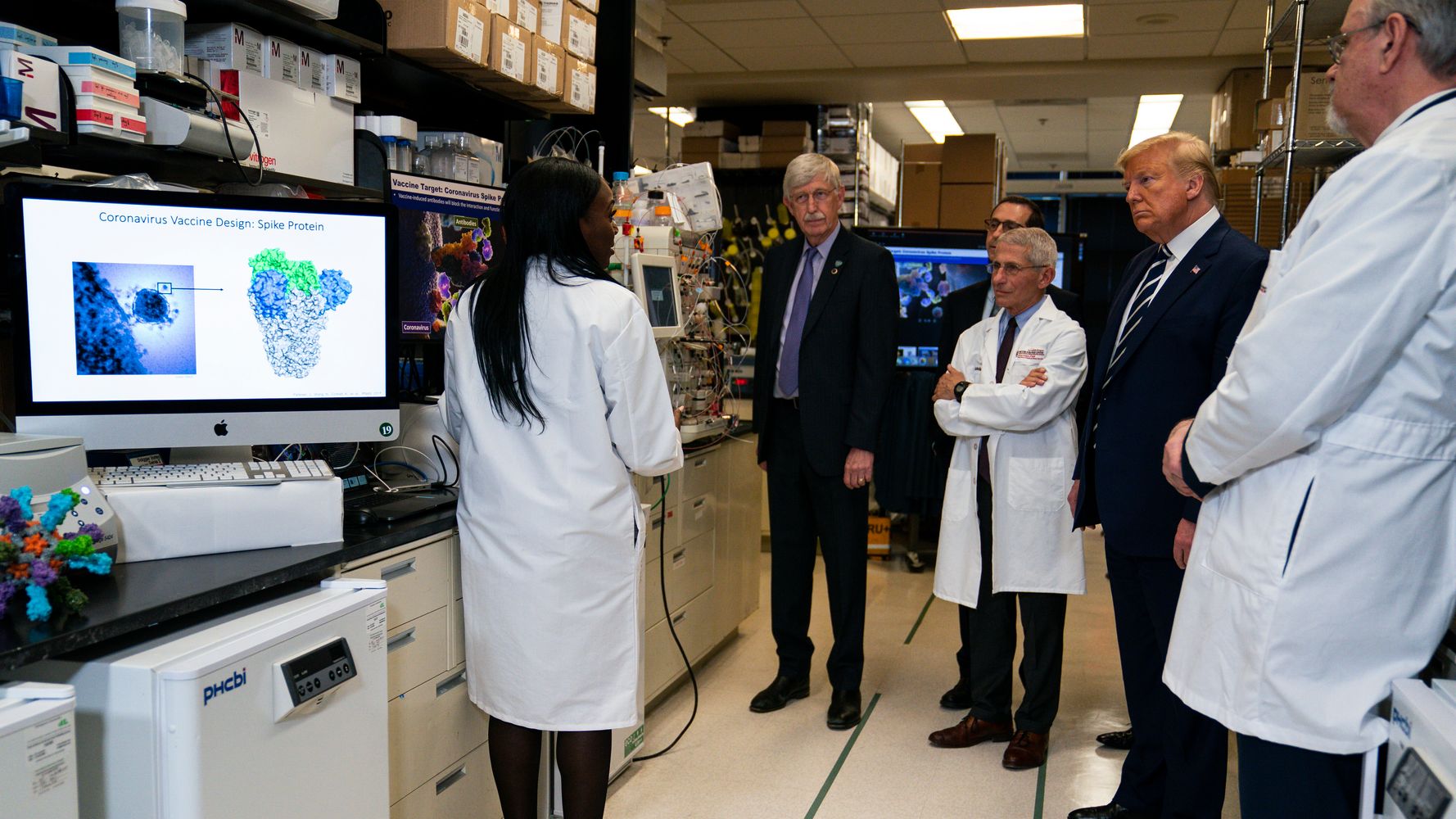 (Reuters) — A top U.S. health regulator who will help decide the fate of a coronavirus vaccine has vowed to resign if the Trump administration approves a vaccine before it is shown to be safe and effective, Reuters has learned.

Peter Marks, director of the Food and Drug Administration’s Center for Biologics Evaluation and Research, made the statement in response to concerns raised on a conference call late last week of government officials, pharmaceutical executives and academics who serve on a vaccine working group organized by the National Institutes of Health, according to three sources familiar with the matter.

Scientists, public health officials and lawmakers are worried that the Trump administration will pressure the FDA to authorize a COVID-19 vaccine in advance of the November presidential election, even if data from clinical trials do not support its widespread use.

Marks told Reuters he has not faced any political pressure and that the FDA would be guided by science alone. Should that change, “I could not stand by and see something that was unsafe or ineffective that was being put through,” Marks said.

“You have to decide where your red line is, and that’s my red line,” he said. “I would feel obligated (to resign) because in doing so, I would indicate to the American public that there’s something wrong.”

He added that he would equally object if someone sought political gain by holding up approval of a vaccine that was shown to work, and that was safe.

Michael Caputo, assistant secretary for public affairs at the Department of Health and Human Services, which oversees FDA and NIH, said the government aims to identify a safe and effective vaccine by January 2021.

Speculation about the FDA approving a vaccine under political pressure “only undermines confidence in the public health system,” Caputo said in a statement. “I’ve never met one FDA regulator who wouldn’t resign over improper pressure, and that’s how America knows their seal of approval is the gold standard.”

President Donald Trump’s approval ratings have fallen sharply in the wake of a pandemic that has killed more than 173,000 Americans and infected over 5.5 million. The race to produce a vaccine has become the centerpiece of his administration’s response.

Earlier this month, Trump said a vaccine was possible before the Nov. 3 vote.

In a statement on Thursday, FDA Commissioner Stephen Hahn said that under Marks’ leadership, the agency’s scientists are monitoring the COVID-19 vaccine trials, “the data from which will be the deciding factor for any FDA approval.”

Anthony Fauci, the nation’s leading infectious disease expert, has also said publicly that political considerations will not influence any decision on a coronavirus vaccine.

The FDA has scheduled a meeting of its advisory committee of outside experts on coronavirus vaccines on Oct. 22.

Marks said the trials were enrolling volunteers “reasonably well” and that it was “possible” data could be available to interpret as early as October. If not, the committee could still discuss broader regulatory issues regarding a vaccine, he said.

On the NIH call with members of its vaccine working group on Aug. 14, some participants asked whether it was realistic to expect sufficient safety and efficacy data from those trials before the election, the sources familiar with the matter said.

The discussion then turned to concerns about a so-called October surprise announcement, in which the Trump administration rushes to unveil a vaccine candidate, the sources said.

At that point, they said, Marks told participants on the call that if the FDA were pressured to approve a vaccine without enough evidence of it being safe and effective, he would resign.

“It was pretty dramatic,” one of the sources said. “It was a bold statement.”

The U.S. government has invested nearly $11 billion to help develop and manufacture more than half a dozen coronavirus vaccine candidates. Fauci has said the project, dubbed Operation Warp Speed, could identify a successful vaccine by January 2021 and provide tens of millions of doses early in the year.

Marks, a hematologist, has worked at FDA since 2012 and oversees a division responsible for regulating cutting-edge biotech treatments, vaccines and gene therapies.

The agency’s commissioner Hahn, a political appointee, typically has the power to issue an emergency authorization for a vaccine, expediting the traditional approval process in situations like the current pandemic.

Marks is the top FDA scientist involved in the process, charged with making a recommendation on any potential vaccine candidate. The Health and Human Services secretary could also overrule any FDA decision, Marks said.

Hahn, Marks and another FDA official penned an article in the Journal of the American Medical Association this month acknowledging public anxiety about lowering regulatory standards to approve a coronavirus vaccine.

“FDA is committed to ensuring that any vaccine is manufactured in accordance with all of FDA’s quality standards and that its safety and effectiveness are verified before being authorized or licensed,” they wrote.

The officials also pledged that the FDA’s vaccine advisory committee would conduct a “transparent discussion” in advance of any vaccine authorization or license.

It is unclear whether any of the vaccine trials will enroll enough subjects and yield meaningful data for the FDA to review ahead of the U.S. election.

AstraZeneca could supply the first doses of its vaccine to the United States as soon as October, “assuming FDA approval of safety and efficacy or emergency use authorization of the vaccine,” a company spokesman said in a statement to Reuters. He declined to address whether AstraZeneca would have sufficient data to submit to the FDA by then.

“It is important to remember that ― while the data so far is certainly encouraging ― there is no guarantee that this vaccine will ultimately be approved or granted an emergency use authorization,” the spokesman said.

Pfizer said in a statement that it expects to file with the FDA for emergency authorization or “some form of regulatory approval” as early as October. Moderna did not immediately respond to a request for comment.

Kathryn Edwards, former chairwoman of the FDA’s vaccine advisory committee and scientific director at the Vanderbilt Vaccine Research Program, said she does not believe the group would allow itself to be strong-armed into recommending a candidate if the data is inadequate. “If it is not done right, there will be such a hue and cry from the scientific community that it will be clearly heard,” she said.

(Reporting by Dan Levine in San Francisco and Marisa Taylor in Washington; Editing by Michele Gershberg and Daniel Wallis)